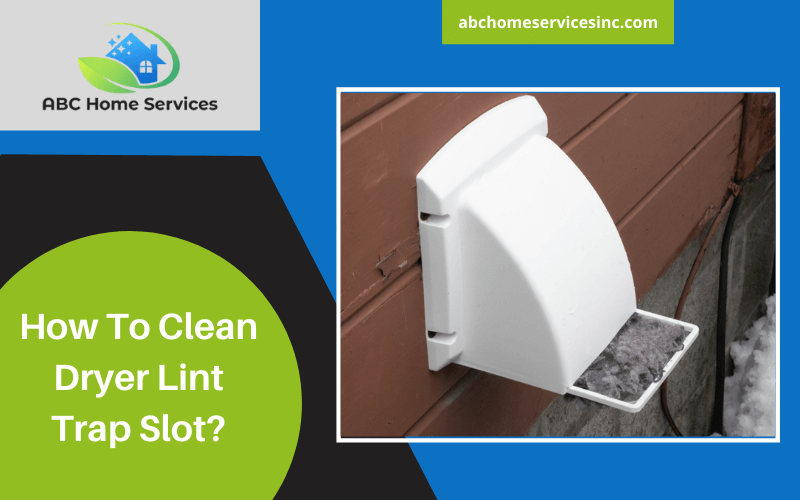 The dryer is one of the most used appliances in any household. It cuts down your laundry time, makes it easy and effortless. However, to increase its life, you should often clean the dryer vent. Yet, you miss out on one main thing, that is, the dryer itself. The dryer lint trap slot also needs cleaning and maintenance for the dryer to work in its full efficiency.

Hence, here is a blog that tells you how to clean a dryer lint trap slot and what happens when you don’t clean one.

What Happens If You Don’t Clean Out The Lint Trap?

A dirty lint trap stops the movement of air and heat from the dryer to the outside and vice versa. With zero ventilation, the heat inside the dryer keeps on increasing. And, then comes a time, when the excessive heat causes fire in the dryer.

Besides this, the lint trap also doesn’t allow the extra lint to pass through the dryer vent. Hence, slowly there is a lint build-up in the dryer, which leads to a decrease in its efficiency, over-heating, and an increase in energy bills.

The removal of lint from the trap slot helps to prolong the life of the dryer vent. It also improves the working and efficiency of it. Therefore, it is important to learn how to clean dryer lint trap slots.

Steps on How To Clean Dryer Lint Trap Slot

⇒ The first step in the cleaning of the dryer lint trap is to remove the lint trap from the dryer. Next, put the trap in the sink, under the running water to see how much debris is stuck inside the trap.

⇒ Now, let us move forward to the next step, which is to remove the stuck debris from the lint trap. For this purpose, you will need to use a soft-bristled toothbrush. Dip the brush in soapy water and start scrubbing the lint trap.

⇒ The soap will help to remove leftover residue from the laundry softener. Plus, it will also make it easy to scrub the lint trap. Once you are happy with the removal of gunk, clean the lint trap under running water and let it air dry.

⇒ The next essential step is to determine how you vacuum a dryer lint? Since the removal of lint is a crucial step. For this, you can use Lint Lizard to clean the lint from the lint trap.

⇒ Lint Lizard is a special vacuum small hose attachment that you attach to the main hose of the vacuum cleaner. Due to its smaller size, it can effectively clean from places that are hard to reach.

⇒ In this step, with the help of Lint Lizard, start vacuuming the insides of the lint trap. This way you can reach all the corners and remove lint properly from all the places. Once done, you can insert the lint trap back and use the dryer.

When was the last time you had commercial dryer vent cleaning? For what reason does it matter? The main central explanation is safety. Dry vents are...
Read More

As we all know a clogged dryer vent can result in fires, increased energy costs, and inefficient drying. There is a vent that exits the back of...
Read More

A dryer vent is one of the essential household items for your everyday laundry. It cleans every clothing, towel, kitchen napkins, and bed sheet....
Read More
Skip to content